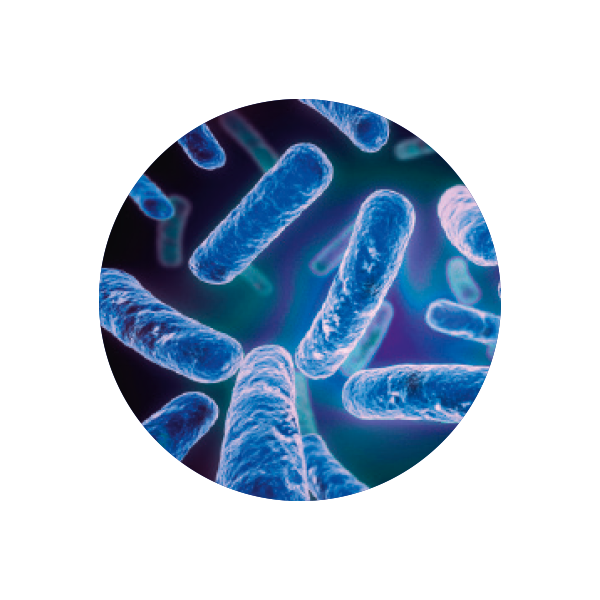 Legionella is a gram negative aerobe bacteria belonging to the Legionellales family. More than 50 species, subdivided into 71 serogroups, have been found. The most dangerous one is Legionella pneumophila, which has been linked to around 90% of cases of Legionnaires’ disease.

WHERE CAN IT BE FOUND?

It can be found in both natural and artificial aquatic environments such as: springs, rivers, lakes, steam and damp places in general. Following natural trails, it reaches human and community environments such as domestic water circuits, spa pools, moist air conditioning circuits, piping, tanks, fountains and industrial cooling towers.
It reproduces at a temperature of between 20-60°C and resists up to 65°C. While Legionella can be revived in free floating water, it prefers the biofilm. It is also linked to other factors such as stagnation conditions and the presence of scalings and amoebas.

WHAT SYMPTOMS CAN IT PRODUCE?

Transmission can show itself in two different medical cases; the first is an acute form that is not particularly serious with fever (Pontiac fever) and a pulmonary form known as Legionnaires diseases which is particularly serious and with a 10% mortality rate which can rise to 50% in the case of hospital infections.

WHAT IS THE RISK OF GETTING INFECTED?

The infection is a regular event; approx. 10% of the population has the antibodies for the most commonly found strains in the environment, but thankfully the appearance of the illness is rare.
The epidemiological data from the last few years shows a net increase in cases, though it should be pointed out that this increase is due to better organisation and efficiency of watchdog bodies. Over the last five years in Italy, the cases recorded and published by the Greater Health Board were certified at an average of eight hundred per year. The illness is lethal in 5-15% of cases.

WHO IS MOREAT RISK?

The recognised risk factors are represented by age with a significant increase around 60 and by chronic degenerative diseases (diabetes, bronchitis), as well as the male gender, smoking and immunodeficiency.

WHERE IS THE HIGHEST RISK OF CONTAMINATION?

The greatest risk factor comes from the inhalation of aerosol contaminated water particles. So, inhalation plants, showers and hot tubs can be a means of infection.
In recent times, there has been a significant increase in cases of dental patients becoming infected: the phenomena has been associated with the use of high pressure water.

To provide a complete overview of information, it should be pointed out that subclinical forms of Legionnaires’ disease have been identified through the specific antibody solution.

Legionella reproduces at a temperature of between 20-60°C